← back to
Seeing Red Records
Get fresh music recommendations delivered to your inbox every Friday.

Signals Through the Flames 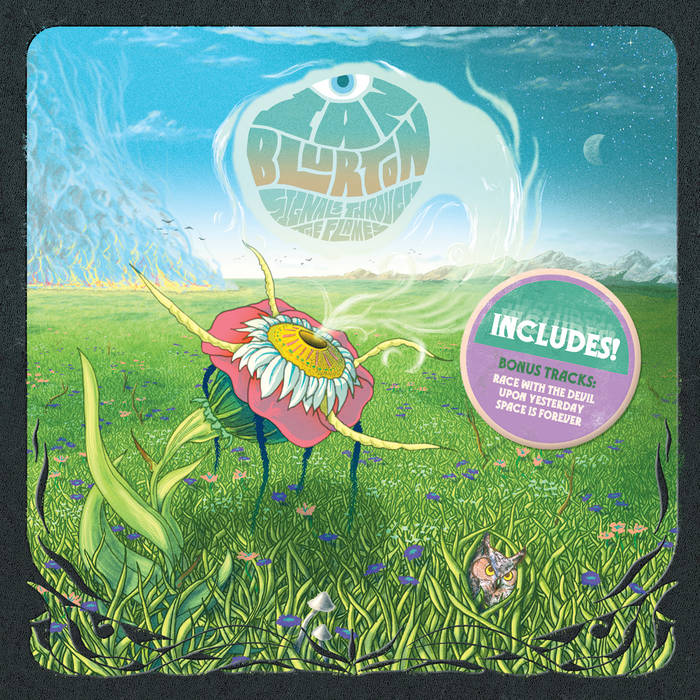 Luis Prado this album gives me a nostalgic trip through 80's and 90's rock even a bit further back, bringing that mix that for me, makes it unique. a top from 2020. Favorite track: ICQ.

Phlatphil hey man. I need a vinyl. how much?

MindOverFour Tough to pick a favorite as every song is great. Reminds me of when I first listened to Black Mountain. Sort of like The Flaming Lips and The Sword mashed up with Grand Funk Railroad and Steppenwolf. So basically some very tasty grooves and expert hooks. Favorite track: ICQ.

Riff Sniffer. Fantastic album start to finish, you will not skip a track.

Fernando Benítez in this era of non-life, 'arena rock' seems like a mythical tale of yore- before big brother orders us to forget about human gatherings, it is necessary to stress that rocknroll was the fostering of community and a coming together of many different tribes. this record stands as a sort of witness to it. a song like 'ICQ' is the perfect example: 80s Scorpions meets Alice in Chains at some festival, everybody outta their minds, just feeling it. ah, the silly things one longs for in isolation!!

"35+ years creating and toiling in the Canadian music industry. Performing with over 40 bands through the years. Leaving his producing, engineering and mixing fingerprints on over 100 albums (including material by Blood Ceremony). Ian Blurton knows rock ‘n’ roll, and his upcoming record Signals Through the Flame makes that clear from the first burning note. Fans of Uncle Acid and the Deadbeats, Haunt, and Blue Öyster Cult should take note: “Seven Bells” showcases Blurton’s talent for forging volcanic trad metal riffs and sugary melodies. “Seven Bells” starts with a heavy pop dirge before flirting with British Steel sing-alongs and freewheelin’ stoner riffage. The record plays like a love letter to rock’s life-affirming power. Seriously, try listening to this without grinning."
- Decibel Magazine
www.decibelmagazine.com/2019/05/08/track-premiere-ian-blurton-seven-bells/

"You might know Ian Blurton as the producer of bands like Blood Ceremony, Castle, and Caudron, or as a Canadian music industry veteran of over 35 years. You'll also now know Blurton as the guy who writes kickass classic heavy metal jams in the vein of bands like Budgie, Motorpsycho, Thin Lizzy, and Blue Öyster Cult."
- Metal Injection
metalinjection.net/av/full-album-stream/ian-blurton-gets-fuzzy-and-harmonious-on-new-song-days-will-remain

"... finding him leaning into classic metal tropes pioneered by the likes of Judas Priest and Iron Maiden and newer bands that borrow heavily from those influences like Grand Magus and Ghost."
- Metal Sucks
www.metalsucks.net/2019/03/20/track-premiere-ian-blurton-ex-change-of-heart-upon-yesterday/

"In addition to Budgie, Signals Through The Flames offers up dense textures ala Blue Öyster Cult, chipper, riff-driven tempos like Thin Lizzy, the dark hues of Motorpsycho, soaring Monster Magnet-style verses, and engaging vocal harmonies the likes of which Greenleaf and Taiga Woods fans will gladly flock to."
- Doomed & Stoned
doomedandstoned.com/post/185204016463/ianblurton

"The album kicks off with “Eye of the Needle,” a five-minute number that takes a meandering, jangly intro a la Tea Party into a Beatles-meets-Melvins verse through to a driving, heavy-rockin’ chorus. “Seven Bells” opens with a slithering, serpentine riff before settling into a melodic chug akin to Uncle Acid, complete with an evil-sounding chorus. “Days Will Remain” pays homage to Thin Lizzy with its melodic, dual-guitar attack, while “The March of Mars” reminds me more of trad-metal revivalists Haunt with its chugging, soaring chorus."
- Hellbound.ca
hellbound.ca/2019/07/ian-blurton-signals-through-the-flames/

"As if drawn from another era, Blurton seems to strive on marrying influences from the past (think 70s hard rocks meets NWOBHM) and re-branding them as his own (aside from Days Will Remain where the guitar parts sound as if they’ve been ripped straight from THIN LIZZY’s Bad Reputation). Achingly 70s inspired guitar solos run rife throughout – most prominently on Eye Of The Needle, Seven Bells and ICQ – making way for chugging riffs that ultimately dip a toe into doomier waters."
- Distorted Sound Magazine
distortedsoundmag.com/album-review-signals-through-the-flames-ian-blurton/

"The core of Ian Blurton‘s Signals Through the Flames is in tight, sharply-executed heavy rockers like “Seven Bells” and “Days Will Remain,” classic in their root but not overly derivative, smartly and efficiently composed and performed. The Toronto-based Blurton has been making and producing music for over three decades in various guises and incarnations, and with these nine songs, he brings into focus a songcraft that is more than enough to carry song like “Nothing Left to Lose” and opener “Eye of the Needle,” which bookends with the 6:55 “Into Dust,” the closer arriving after a final salvo with the Scorpionic strut of “Kick out the Lights” and the forward-thrust-into-ether of “Night of the Black Goat.” If this was what Ghost had ended up sounding like, I’d have been cool with that. Blurton‘s years of experience surely come into play in this work, a kind of debut under his own name and/or that of Ian Blurton’s Future Now, but the songs come through as fresh regardless and “The March of Mars” grabs attention not with pedigree, but simply by virtue of its own riff, which is exactly how it should be. It’s subtle in its variety, but those willing to give it a repeat listen or two will find even more reward for doing so."
- The Obelisk
theobelisk.net/obelisk/tag/ian-blurton-signals-through-the-flames/

Bandcamp Daily  your guide to the world of Bandcamp

Lance Skiiiwalker joins the show to discuss his most recent releases